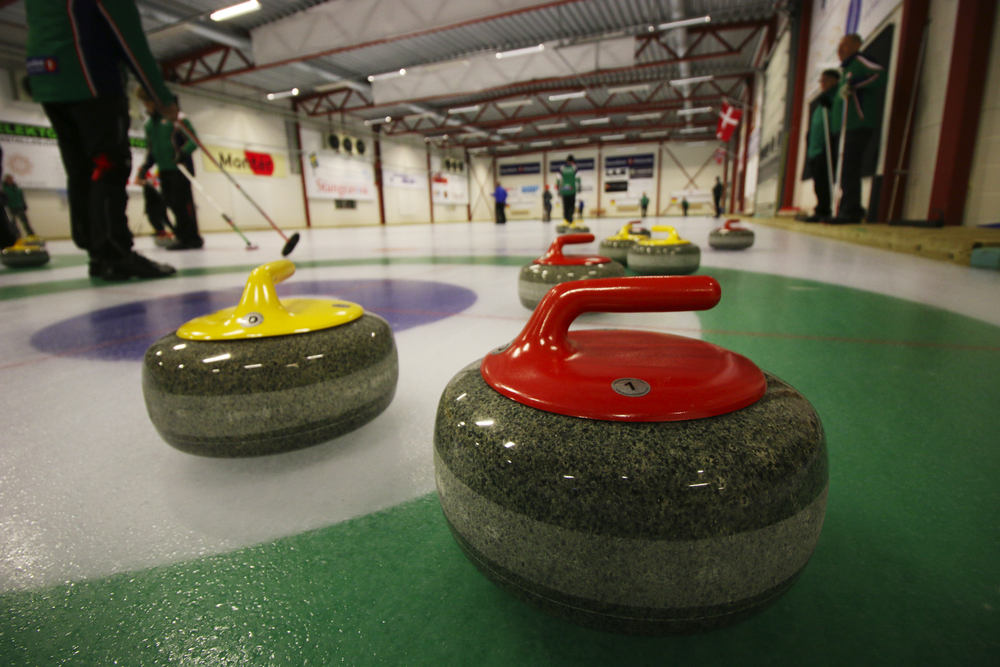 We have hosted a few big tournaments in Stange curlinghall since opening i October 15th 2016. There has been national championships for juniors, seniors, veterans, mixed and individual, and more. And we've hosted numbers of fun bonspiels. This time however, we're fully booked! 20 teams is a new record. Last year there where only 8.

This is the third time we "kick off" this annual tournament, but I wan't to say the fourth. Here's why: We also have an any4 bonspiel in November each year called Hedmarken Open, but the first time it was actually both any4 and mixed doubles. The MD-part had only four teams which played double round robin! And five of these players is competing in this years edition too - Torill Sletli, Rune Steen Hansen, Kristin Brænden, Erik Brænden and Mona Jensen. Mona has actually been here four years in a row, as the only player in this tournament's history! And we always welcome her with open arms!

By the way - Torill Sletli and Rune Steen Hansen won the trophy in 2016 - before there was any money involved ;-) In 2017 we met Fabian Wingfors for the first time. Can't seem to get rid of him either - thank goodness ;-) He won it that year, teamed up with Malin Wendel. Fabian and Malin tried to defend the title in 2018, but Mona Jensen and Morten Berger beat them at the finish line.

This year Mona and Morten will try to defend the title, of course, but it is a lot tougher now with 20 teams. We welcome all newcomers - from our neighbouring clubs like Lillehammer and Jevnaker, and the "almost international" team from Halden (border town) - and a big welcome to Grønbech from Denmark, Regza from Latvia and the three polish teams. And of course to our good friends, previous and reigning champions of Norway Open MD, from Sweden and Denmark.

This will be so much fun!

Changes in the time schedule